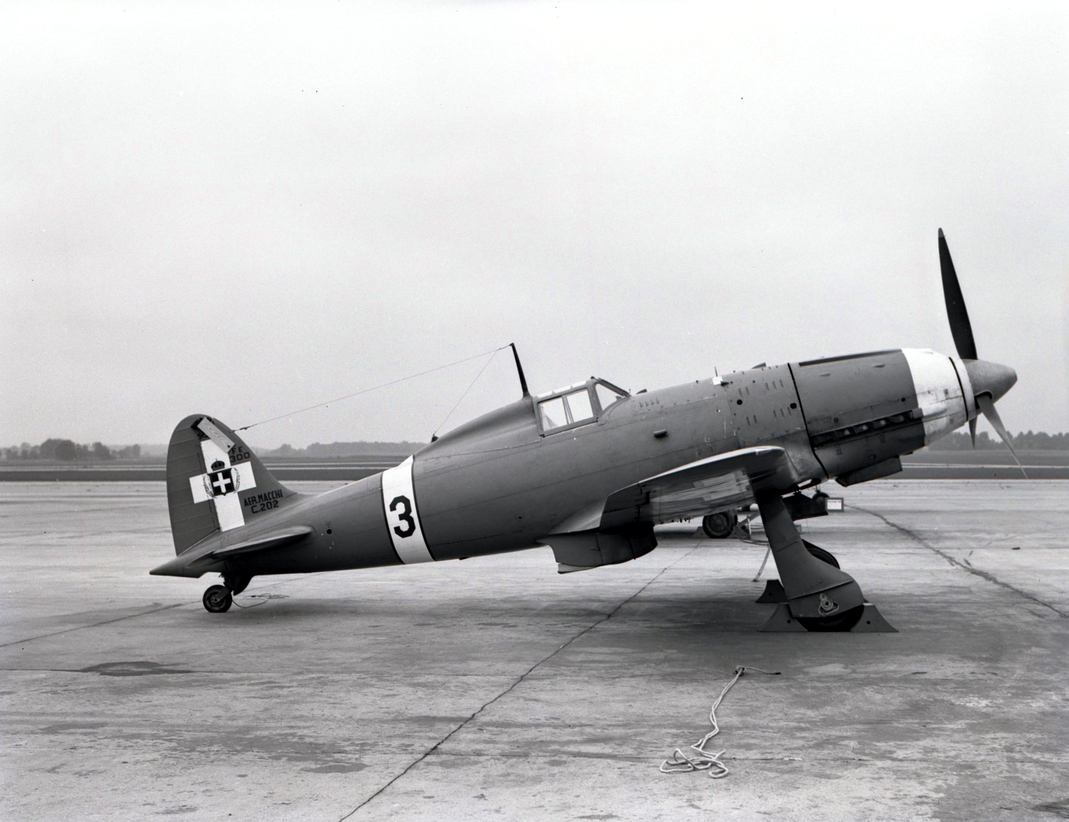 One of Italy’s finer fighter aircraft of World War II, the C.202 Folgore was sleek and deadly, but not without its flaws. On par with the Allied fighter aircraft of 1941-42, the Folgore had one major complaint from its pilots: weak armament. With a pair of low muzzle velocity 12.7 machine guns, it took a lot of bullets from a C.202 to bring down a rugged aircraft such as the P-40 Warhawk/Kittyhawk as found in the skies of North Africa. Later versions included a pair of 7.7 guns in the wings, but the weak firepower of the Folgore meant the design would never achieve its potential.

This postwar photo of a captured C.202 was taken at Freeman Field, Indiana. The plane was air-worthy, and would eventually find its way to the National Air & Space Museum.