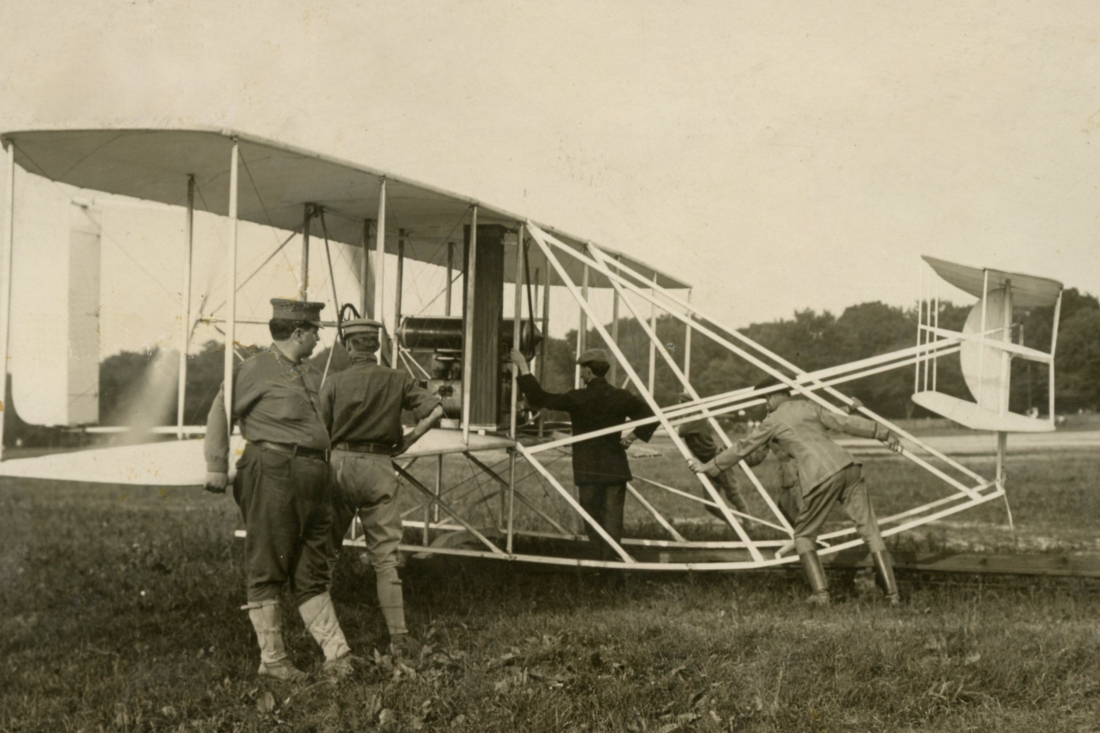 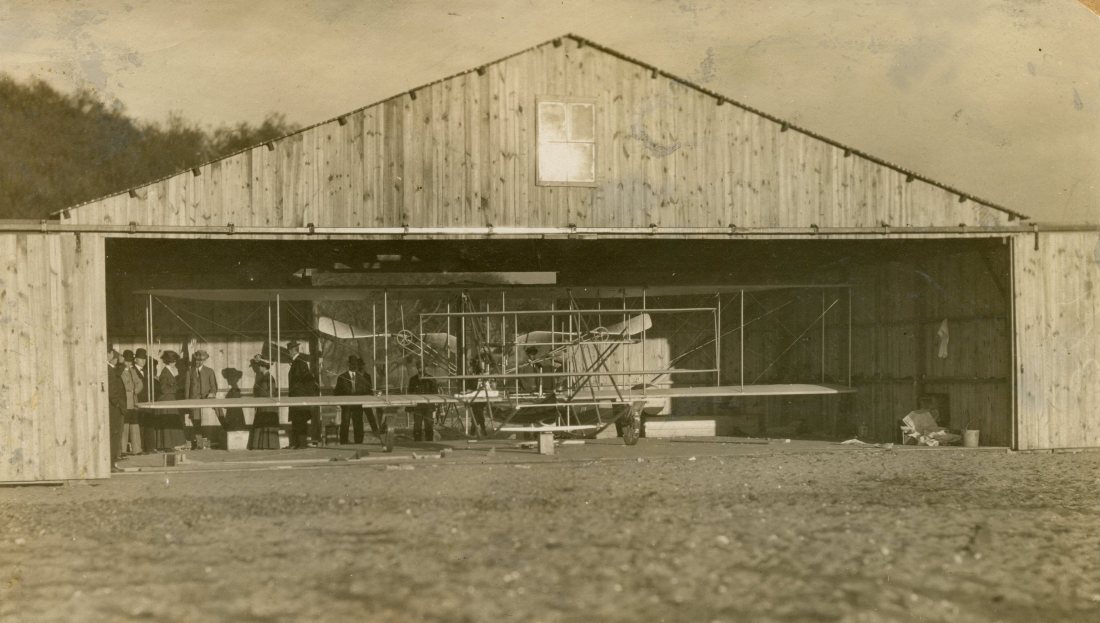 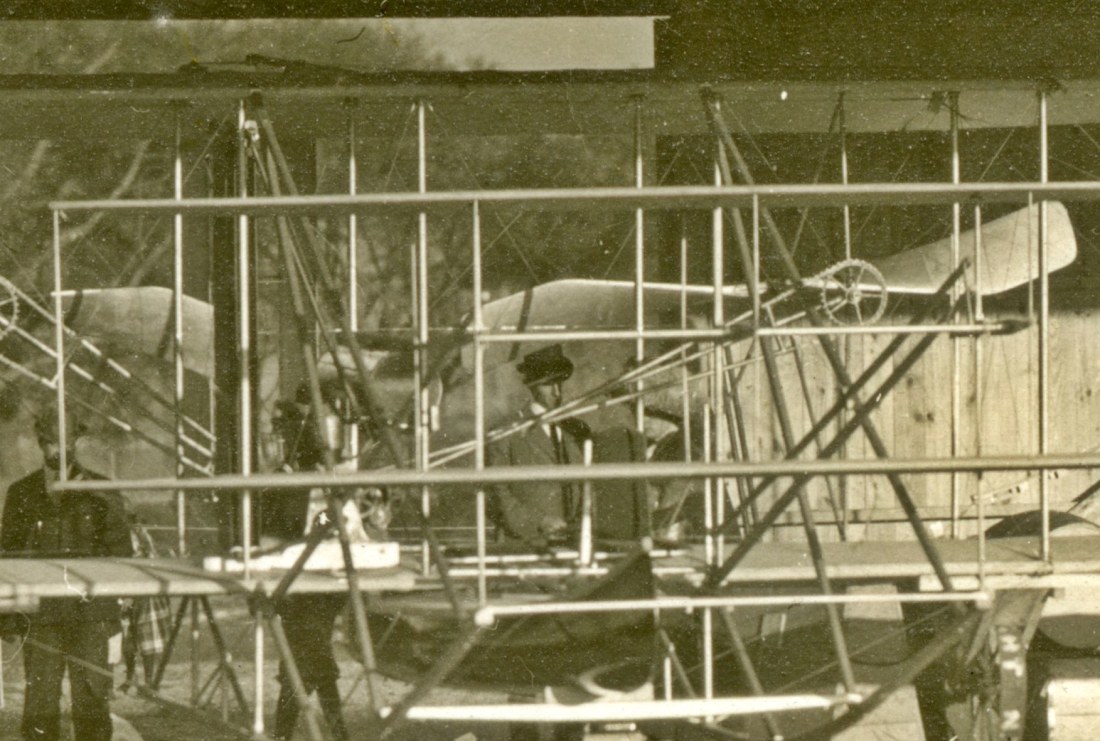 A series of original Wright Brothers photos that I have never seen before.  Comparing them with known photos, the first two were taken during the famous trials at Fort Myer, Virginia in 1908.  The second photo shows Orville standing in front of the “cockpit” while soldiers restrain the machine which ran at only one speed – full power. This series of demonstration flights ended in tragedy when the aircraft crashed killing the observer, Lt. Thomas Selfridge, and severely injuring Orville.

The next two photos show the Wright Flyer at Governors Island, NY, in September, 1910. The close-up sees Wilbur Wright explaining to a lady the finer points of the machine. With Orville recuperating from the Fort Myer crash, Wilbur carried on the brothers’s work. While at Governors Island, he undertook several flights the most famous being around the Statue of Liberty and New York harbor. If one looks closely, they can see the red canoe Wilbur strapped to the machine’s underside in case he had to ditch in that harbor. Ever the realist, Wilbur’s intent was not that the canoe would keep the aircraft afloat, but rather that it would make a water landing survivable – that set of forward elevators would have dug into the water and launched Wilbur right through them.

2 thoughts on “The Wright Brothers”