Here’s the man who took most of the photos. Unfortunately, we do not know his name. He sits in squadron CO, Major Carl D. Peterson’s bird. 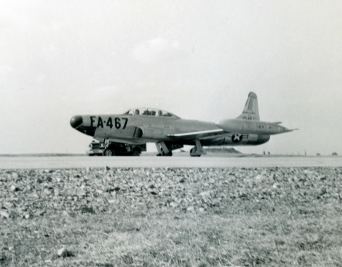 467 gets its guns armed for another mission. 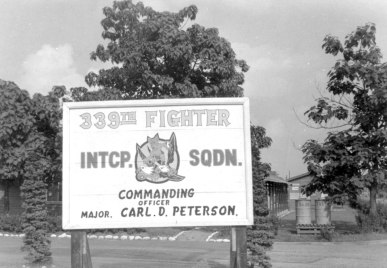 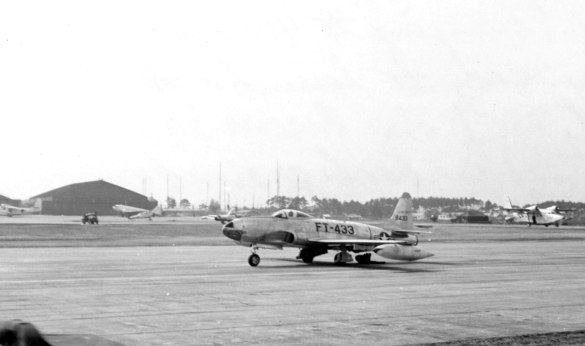 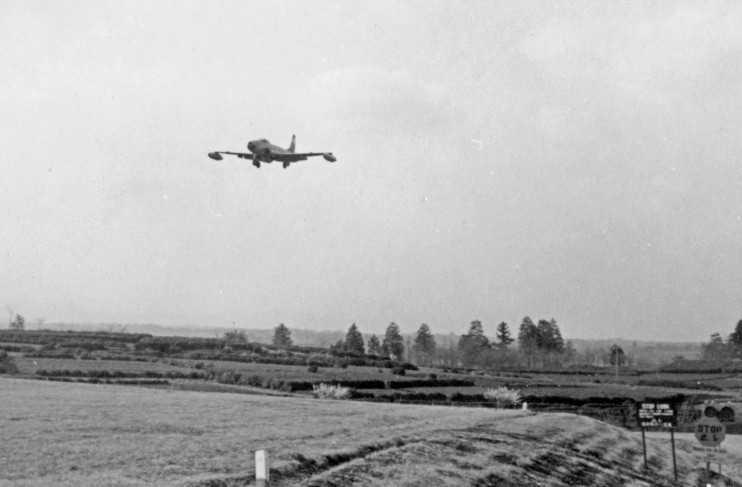 A couple of hard working maintenance men show off their strength. 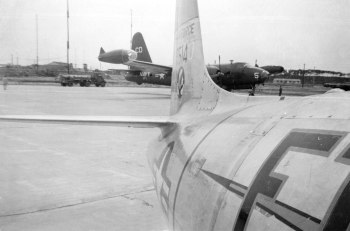 A pair of visiting F9F-5 Panthers of VF-192. On this deployment to the Far East in 1953-4, VF-192 had a starring role in the immortal film “The Bridges at Toko-ri”. No doubt these are two of the aircraft seen in that picture. 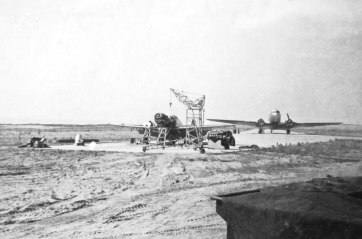 An F-51 Mustang gets a quick engine change while a C-47 waits its turn.

Sikorsky H-19 of the 39 Air Rescue Squadron visits Johnson AB. The remains of this aircraft are currently in an Arizona salvage yard. 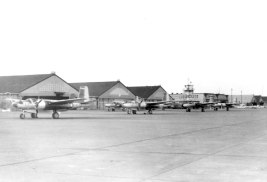 Line up of A-26s of the 6th Tow Target Squadron.

Pass in review for men of the 35th Fighter Interceptor Wing. SA-16s in the background.