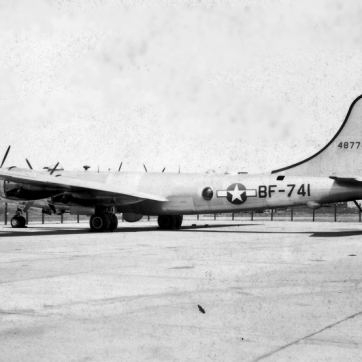 Another view of “Love Witch”. 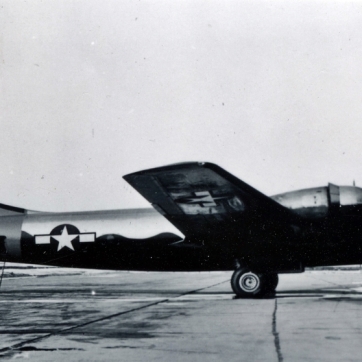 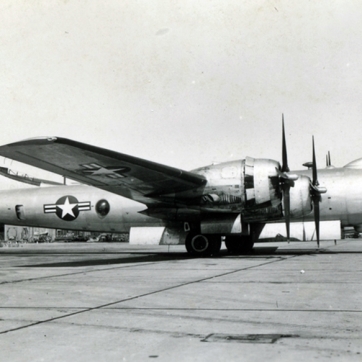 Another look at 044, this time parked in St. Louis with the McDonnell Aircraft plant in the background. 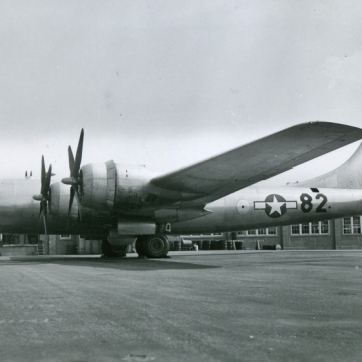 Another view of Enola Gay. 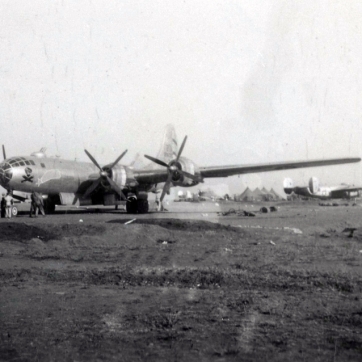 44-87766 served with the 97th Bomb Group until it was transferred to the Navy and renumbered 84031. Note the somewhat removed USAF tail number.