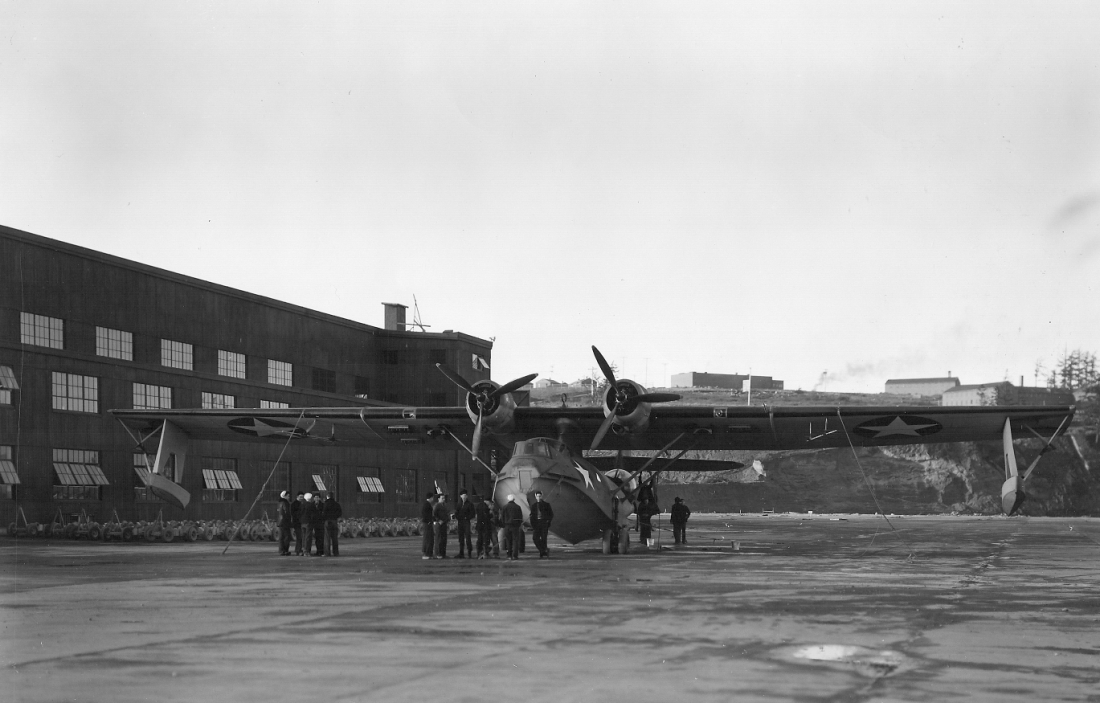 The date is December, 1942, and this is the first PBY to arrive at the brand new NAS Whidbey Island seaplane base. (Note the construction material littering the ramp in the background.) The installation was intended to be a support facility for PBYs from NAS Seattle, but even before work began the plan was altered to where Whidbey would be its own base.

This PBY’s arrival was not without some apprehension. The pilot, Lt. Morrison, stated that he circled the area for quite some time before spotting the “red girders of the seaplane hangar under construction.” Even then he had to land four or five miles out due to an abundance of logs floating in the harbor. After carefully picking his way through the debris he was met by a boat that succeeded in clearing a path for the incoming aircraft.

This hangar (minus the ordnance carts parked alongside) still stands today, but with a different mission: It is now the Navy Exchange (NEX) department store. From this angle, the former hangar looks pretty much the same now as it did then.