The navy’s newest flying boat basks in the sunshine at Convair’s San Diego factory. The Tradewind seemed to have a bright future indeed.

Sleek and powerful, the R3Y set seaplane speed records that stand to this day. 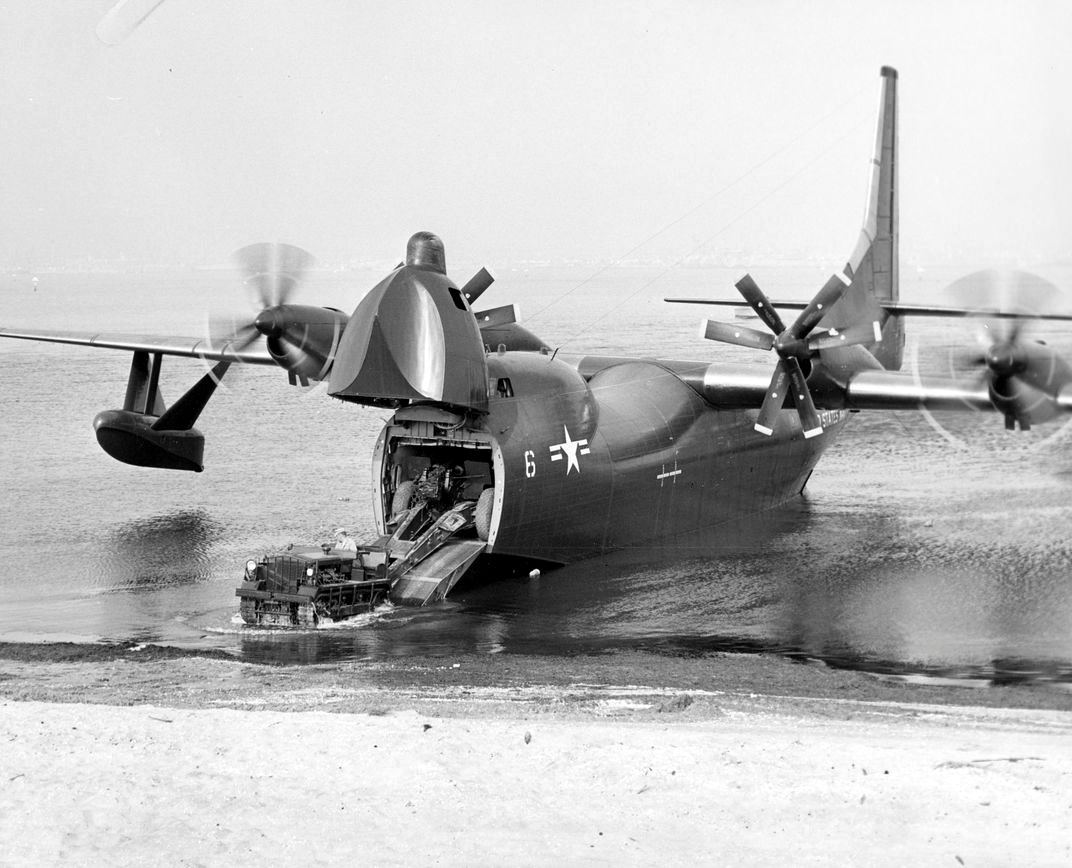 Originally dubbed the PY5 and intended as a patrol/bomber, the Tradewind as the R3Y was soon envisioned as the answer to the navy’s need for a cargo & troop hauler. The potential was promising for the Tradewind; a swift flying boat that could fulfill a variety of missions.

Nosed in to such a dock was the only way to perform a full power engine run while afloat. As my dad, a former seaplane pilot, has said a million times, “once you start the motor, you’re moving – there are no brakes.” NAS North Island is in the background.

But (yes, there is a “but” to this grand Tradewind tale), the aircraft was plagued by unreliable engines and propellers. Its T-40 turboprop engines were actually a pair that drove contra-rotating propellers via a common gearbox. When working, it performed beautifully, but the engine system and propellers were terribly prone to failure. 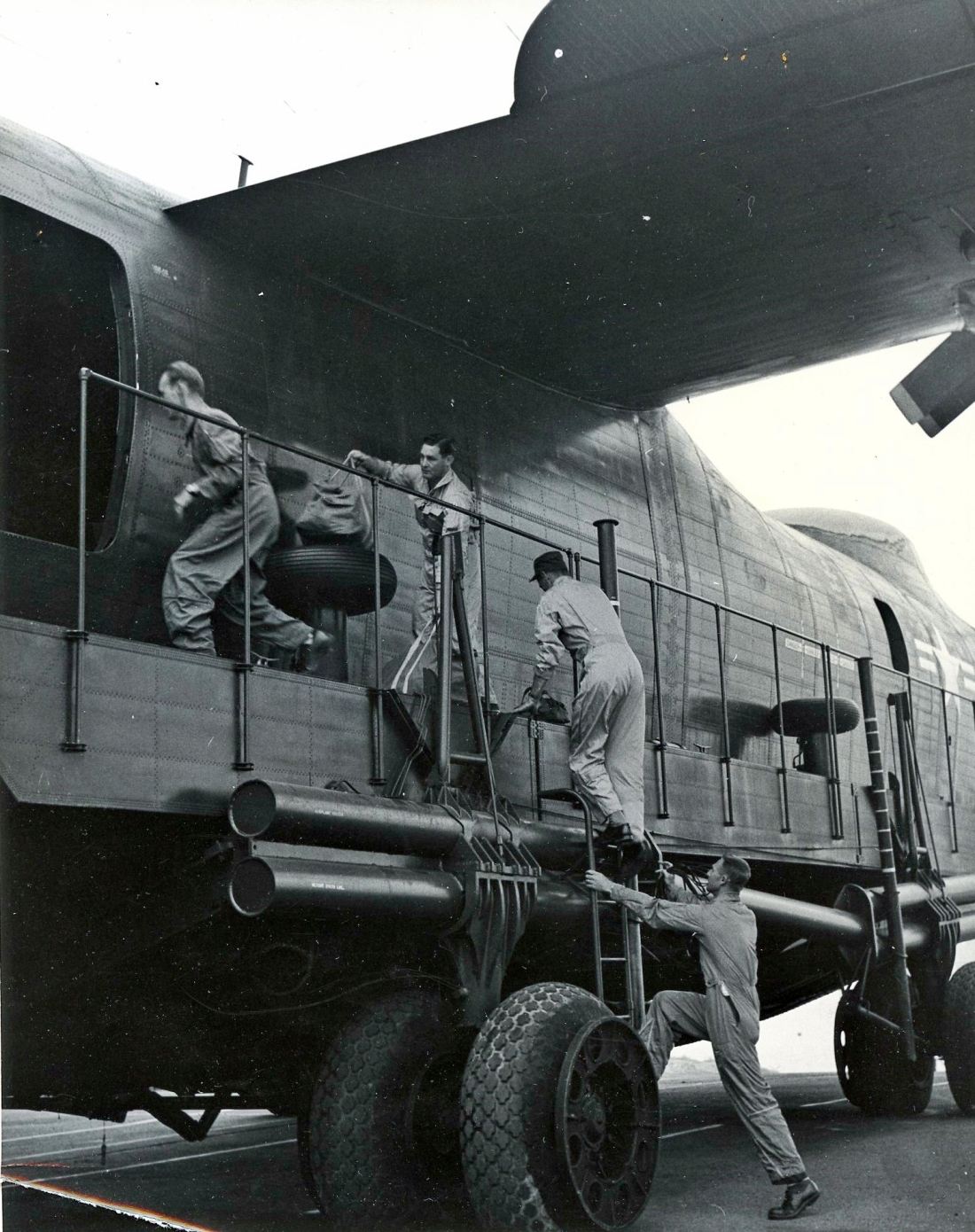 Entering service in 1956, the R3Y was flown by one squadron, the navy’s VR-2 at NAS Alameda. The massive beaching gear assembly is evident. 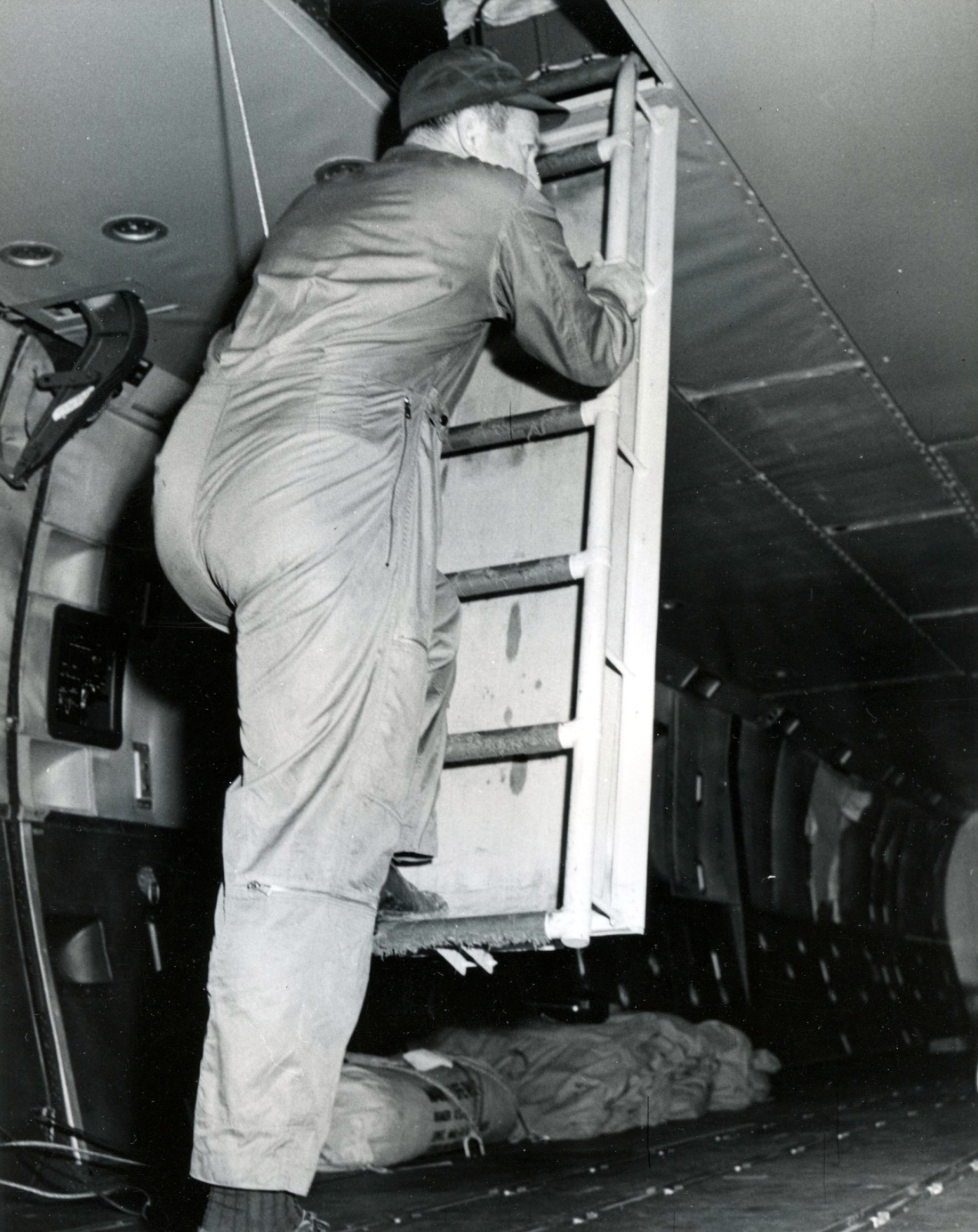 Crewman keeps an eye on the T-40 engines. Note the twin exhaust for the paired motors. 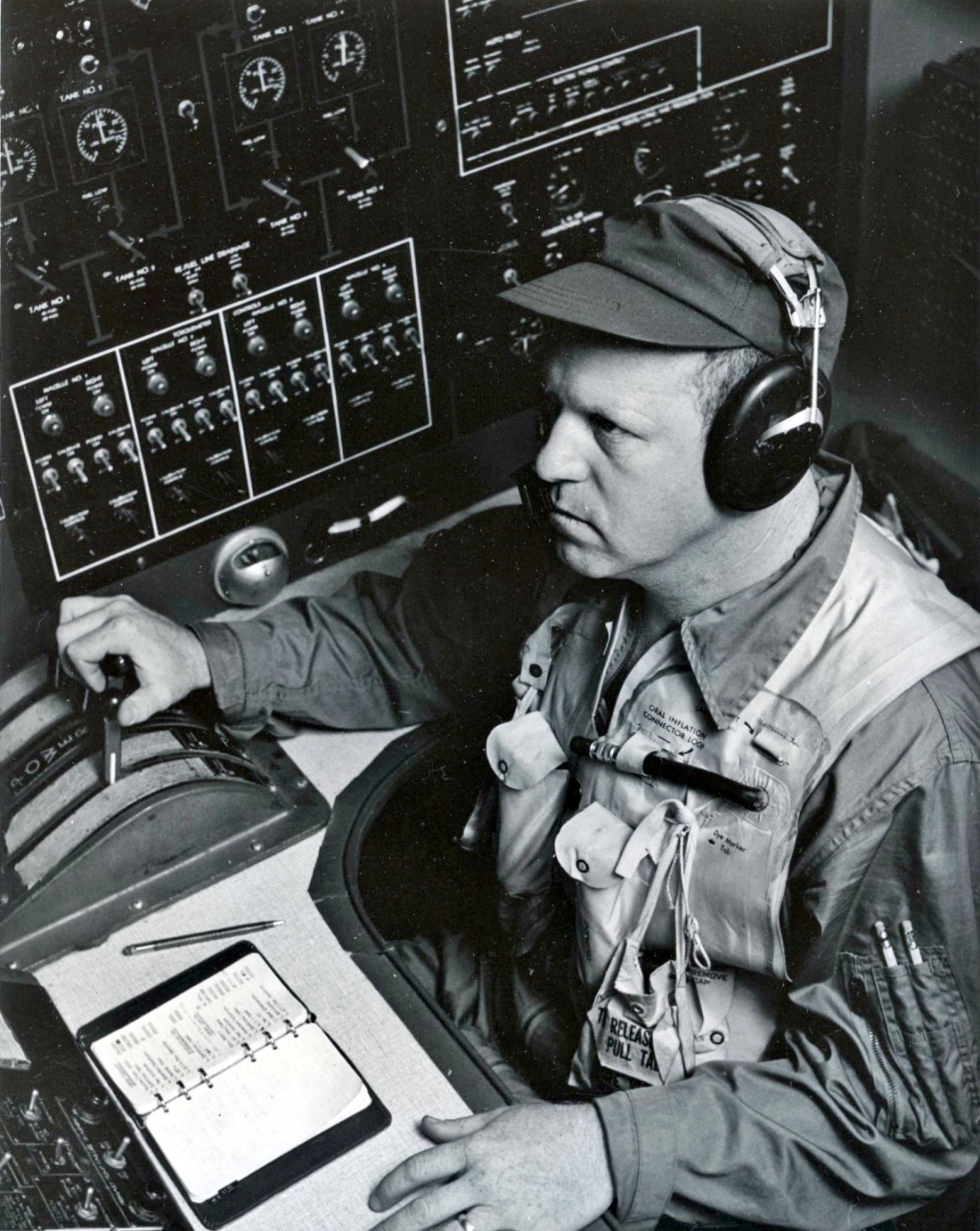 Charged with keeping the whole thing running were the flight engineers. Given that only 13 Tradewinds were built, it is rare to meet anyone whoever had anything to do with the aircraft. Luckily enough, I had the pleasure of meeting one of the R3Y’s former flight engineers. He said the aircraft was a pleasure to fly, but he also confirmed that the motors and propeller system were a constant headache. 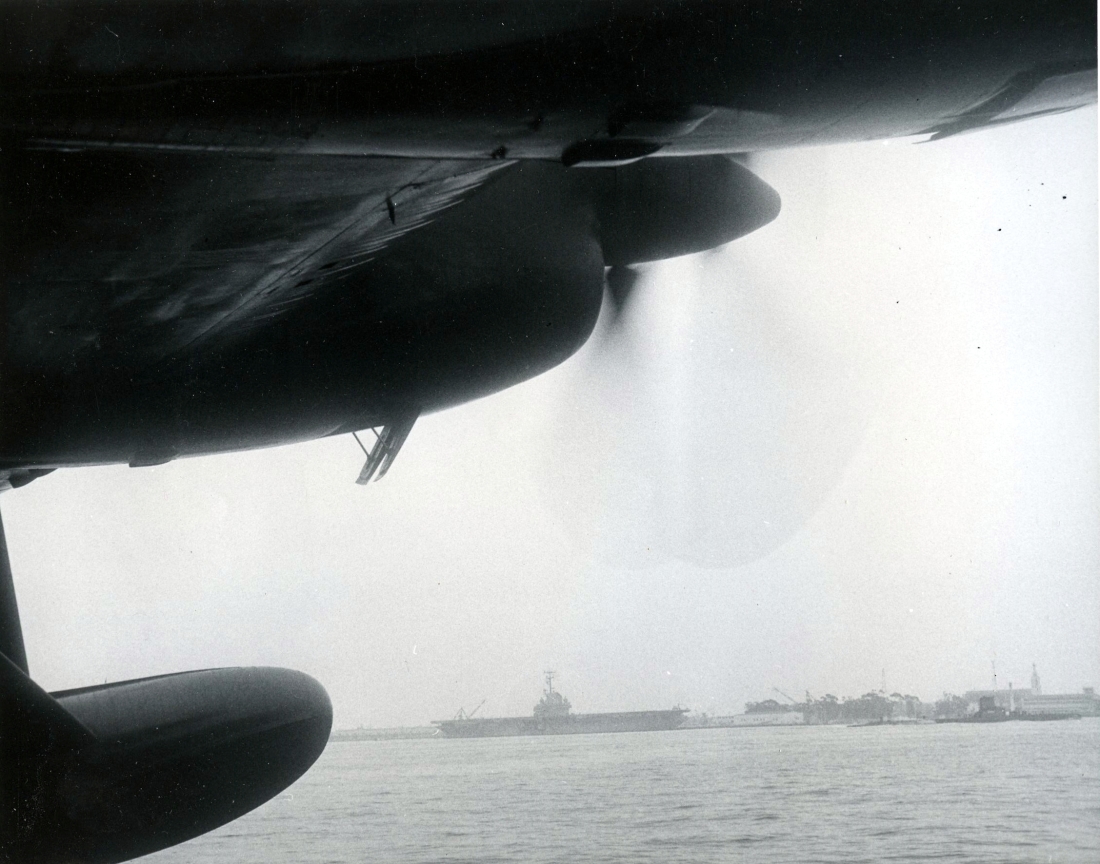 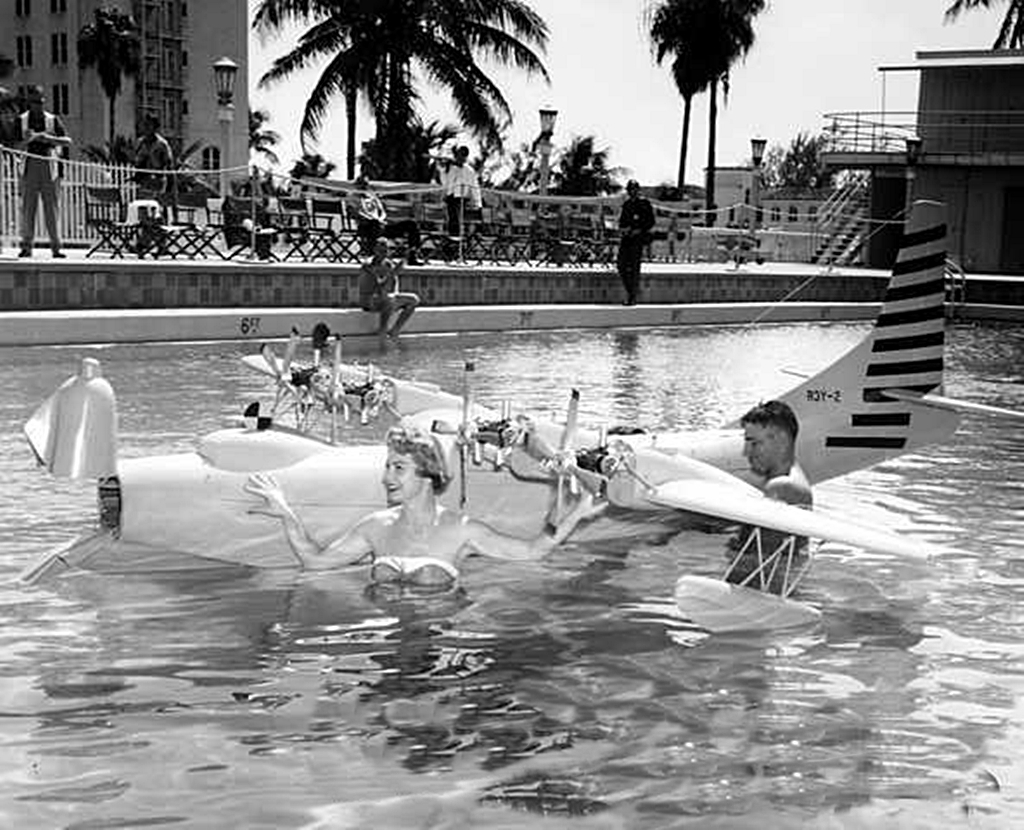 Everyone loves the 1950’s promotional schemes, and this one with star of stage, screen, and swimming pool, Esther Williams is no different.

The newspaper says it all: The Tradewind was ill-served by its engines and propellers. Of the four Tradewinds that crashed, all were the result of engine related problems. Faced with such difficulties, the navy ordered the Tradewind grounded in 1958 after only two years of service. The aircraft as a concept was well-received, but it needed better motors. Any aircraft powered by the T-40 had a short life as a result.