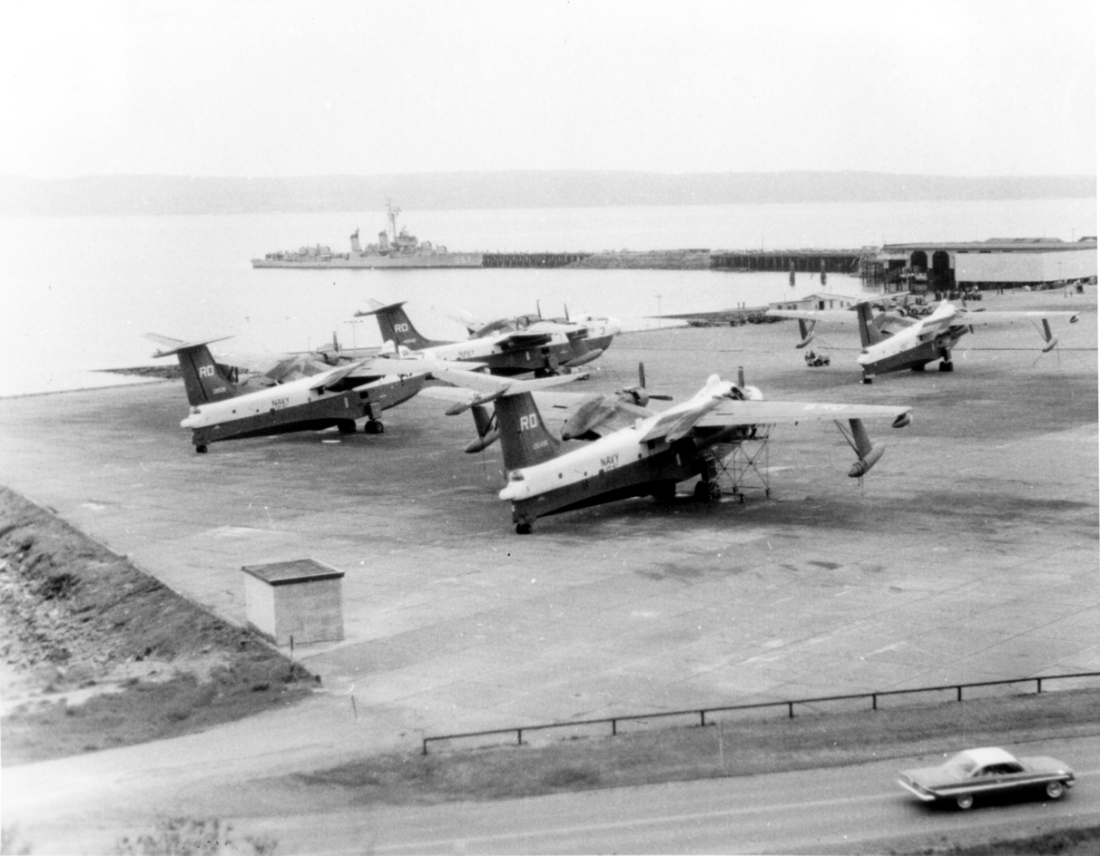 The VP-47 ramp at NAS Whidbey Island in the early 1960’s. The destroyer at the pier is USS Watts (DD-567). VP-47 was based at Whidbey from 1960-65, and their departure marked the end of seaplane operations there. The squadron returned in 2017 with P-8 Poseidon aircraft.

VP-47, with the exception of one aircraft, is deployed. (Note the oil stains where aircraft are usually parked.) The hangar was later converted into the navy’s department store, the Navy Exchange. Looking nothing like a department store on the outside & nothing like a hangar on the inside, its parking lot is 1942 concrete, and the aircraft tie-down points are still in place. 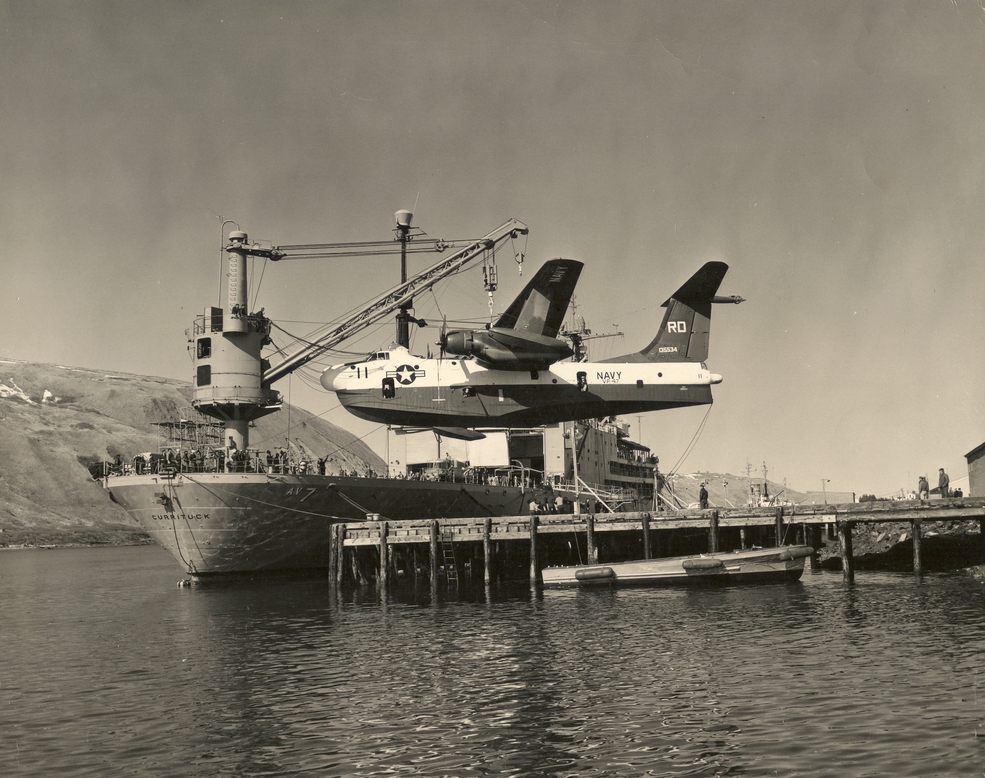 Following the Tri-Service aircraft designation system change in 1962, the P5M-2 became the SP-5B. Here, one is hoisted aboard the seaplane tender USS Currituck (AV-7) while VP-47 was in the Aleutian Islands.

VP-40 Marlin gets a helping hand. 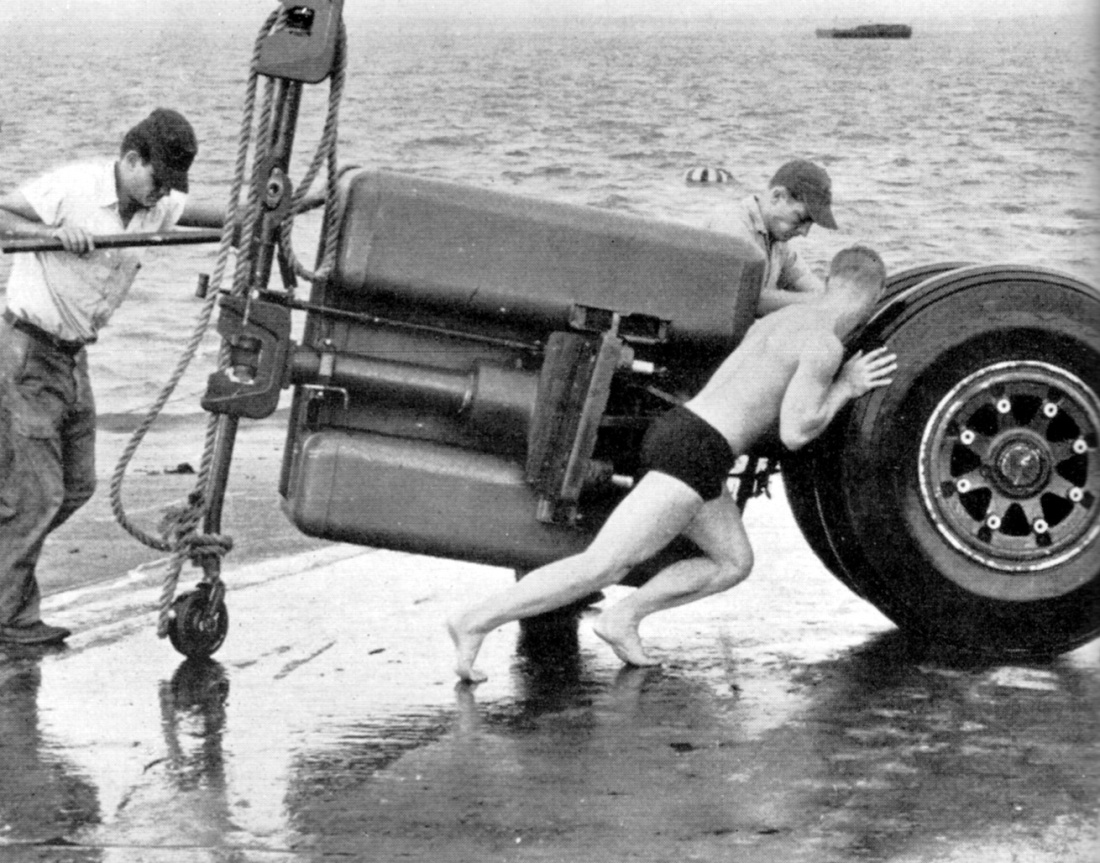 The Marlin was a massive aircraft and required considerable effort to handle. Here, the beaching gear – having been removed from a now afloat aircraft – is manhandled into position to await the aircraft’s return. 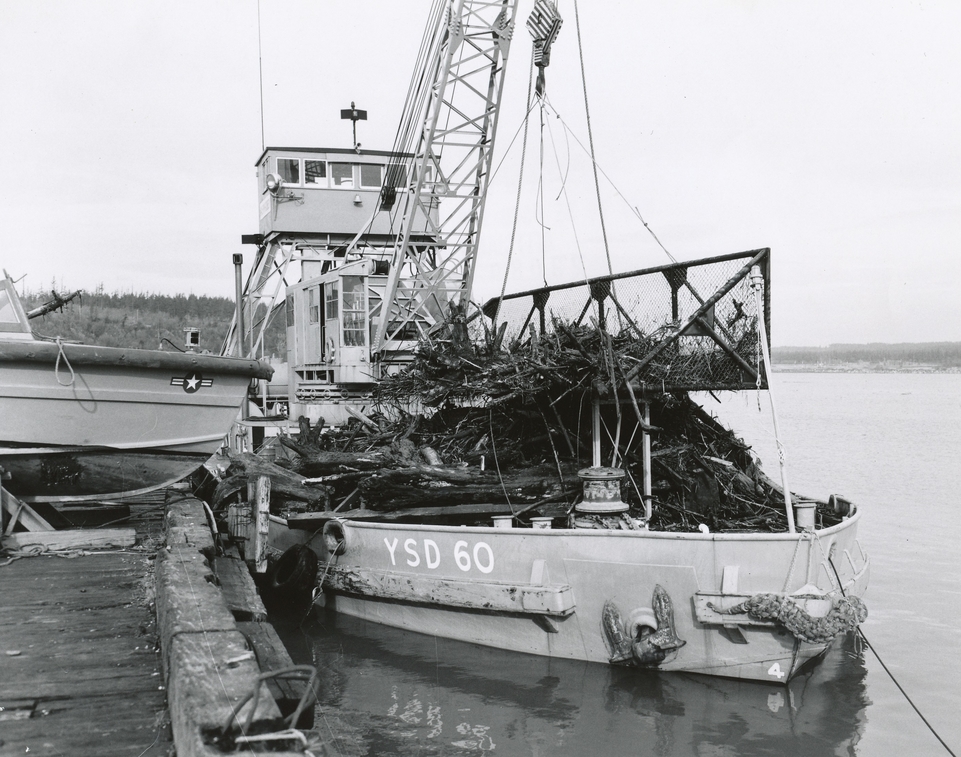 This ungainly and ignoble-looking beast was a vital piece of equipment for a seaplane squadron. Nominally it was a crane to haul up sunken seaplanes, but it also filled roles as seen here: dredging the debris from the harbor/runway. The boat on the dock was one of the numerous types used in seaplane operations. Painted day-glo orange, it has a rubber bumper to avoid damage to aircraft when they were afloat and tied to their buoys, or at anchor. Note the aircraft insignia on the bow. Location: NAS Whidbey Island. 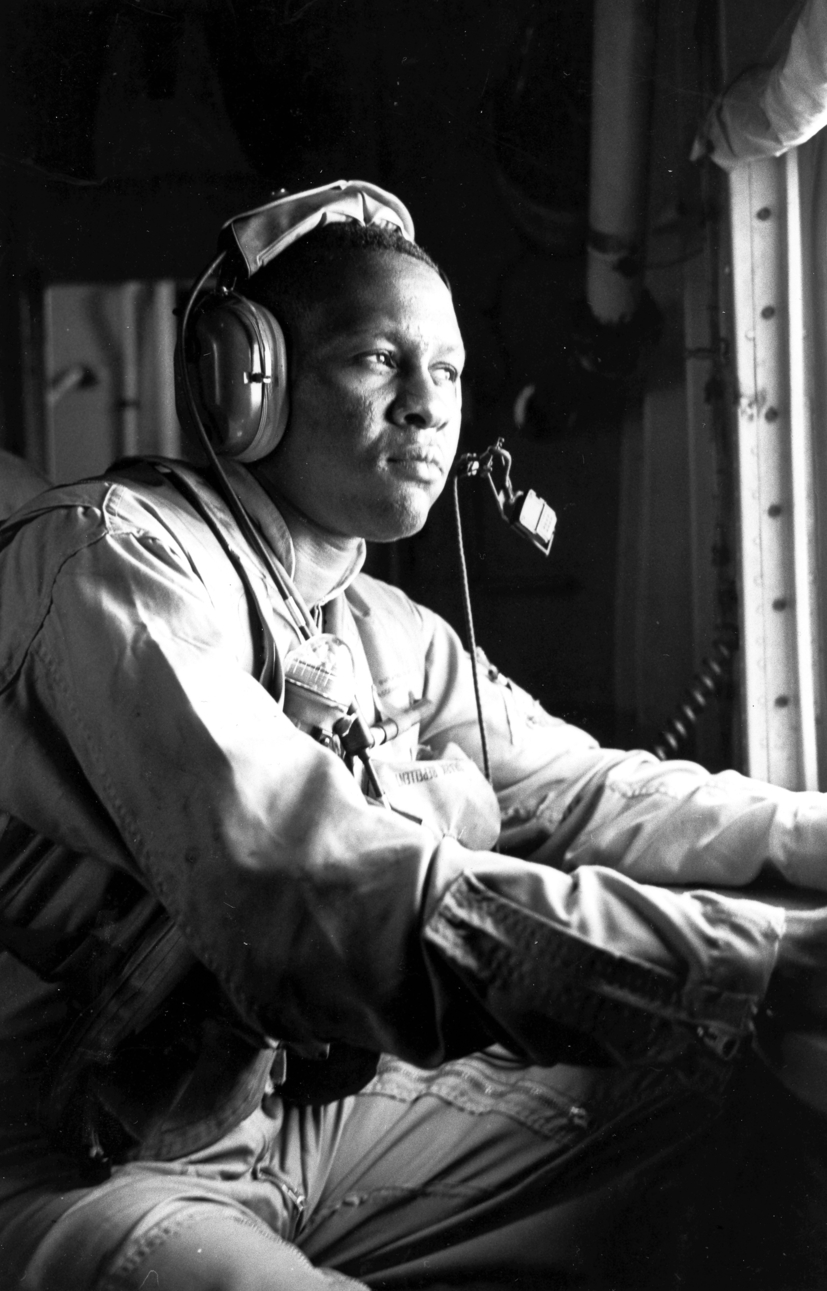