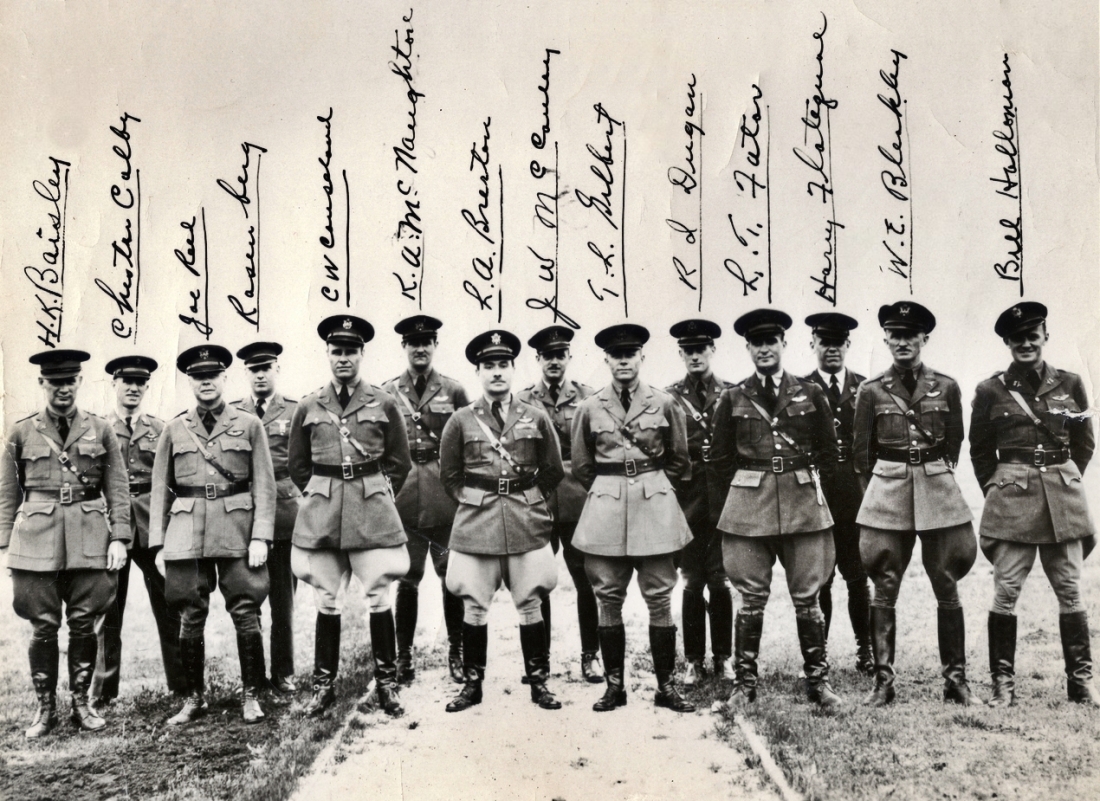 Don’t what the occasion was, but some event of note brought this group of pilots together in the 1930’s.  Center is Lewis Brereton, later a Lieutenant General.  Brereton has the distinction of being the only officer to consecutively serve in the USAF and all its progenitors: The Aeronautical Division, Signal Corps.  Aviation Section, Signal Corps – Air Service – Army Air Corps – Army Air Forces – US Air Force.