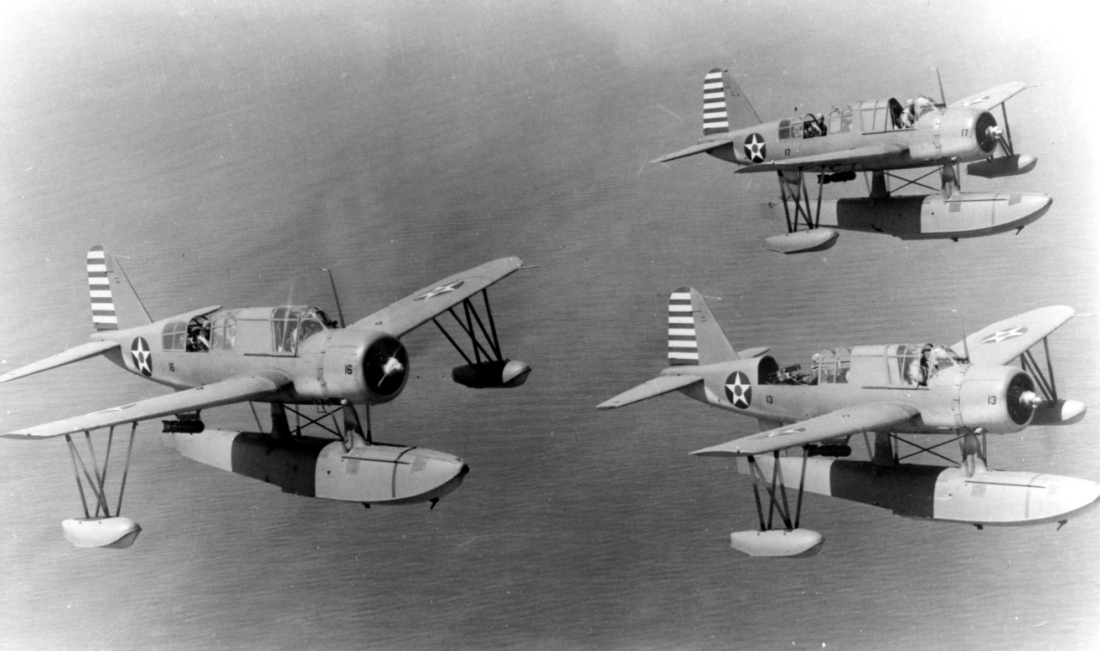 In my dad’s 40+ years of flying, first for the navy, then United Airlines, there was only one plane he managed to destroy, and that would be an OS2U Kingfisher, as follows.  NAS Corpus Christi, 1942, and dad is getting checked out in an OS2U.  He landed in the bay,  and had slowed to about 25 knots, when the aircraft lurched to one side and started sinking fast – the main float mounts had broken. He and the instructor inflated their Mae West’s, and headed for shore.  Dad was sure his career was over. The instructor, paddling on his back, was non-committal. He only said “not the first swim I’ve taken, but hell, I just got these shoes last week.”

PS. They hauled the wreck from the bottom of the harbor, and it was discovered that the float attach bolts were corroded to dust.