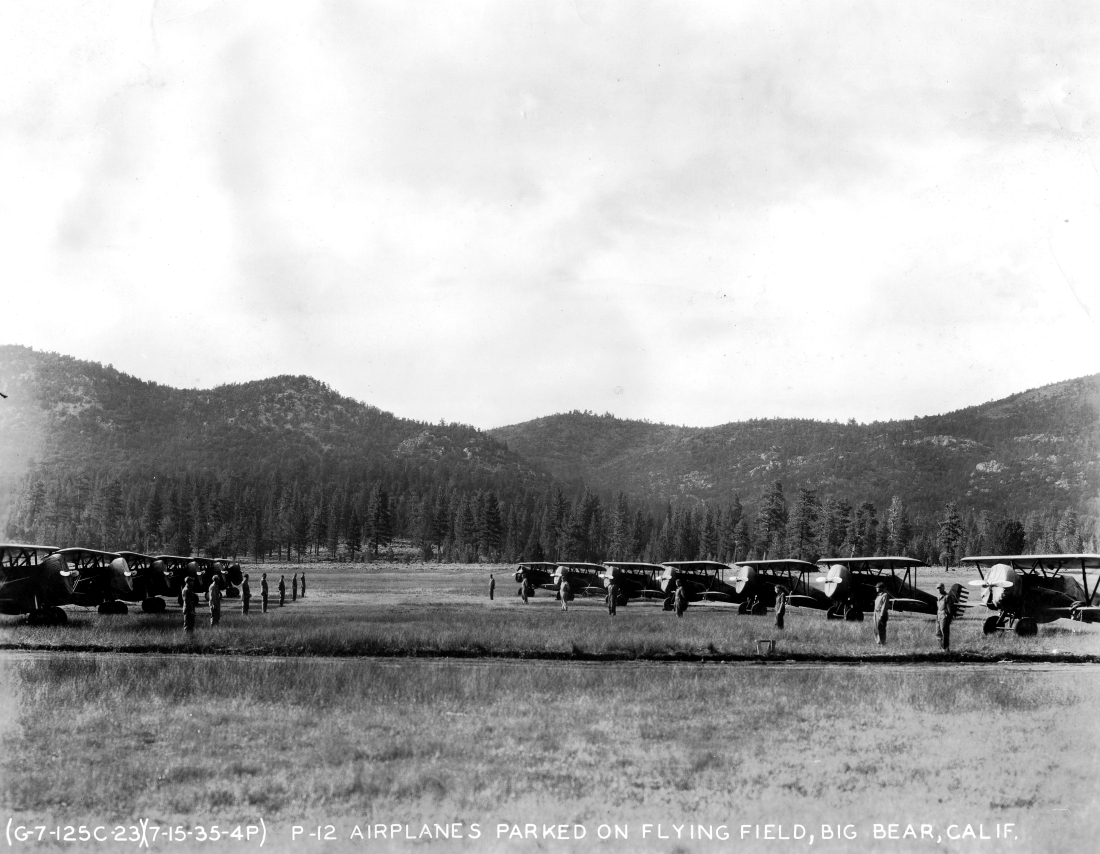 In the summer of 1935, the 73rd Attack Squadron and their P-12’s spent a few weeks away from their home at March Field, and got some fresh air at Big Bear, CA. 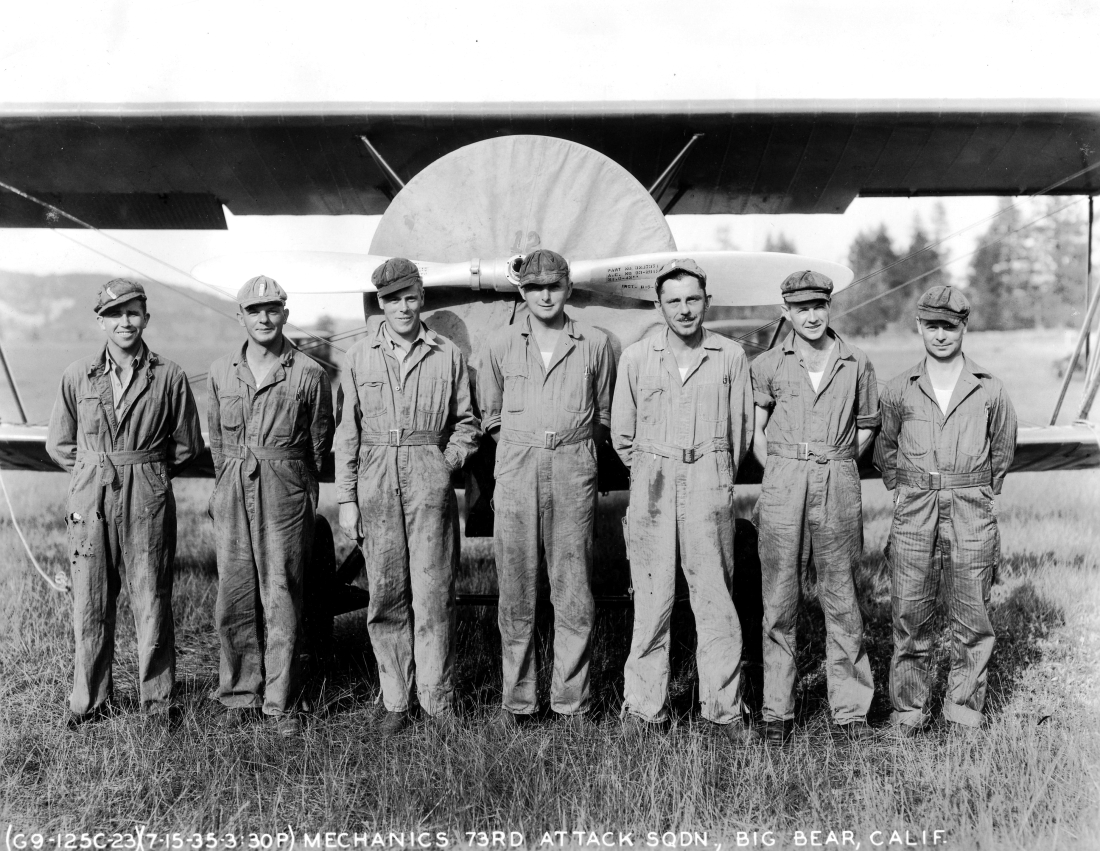 The mechanics seem to be enjoying their visit.

Good thing they brought a spare. 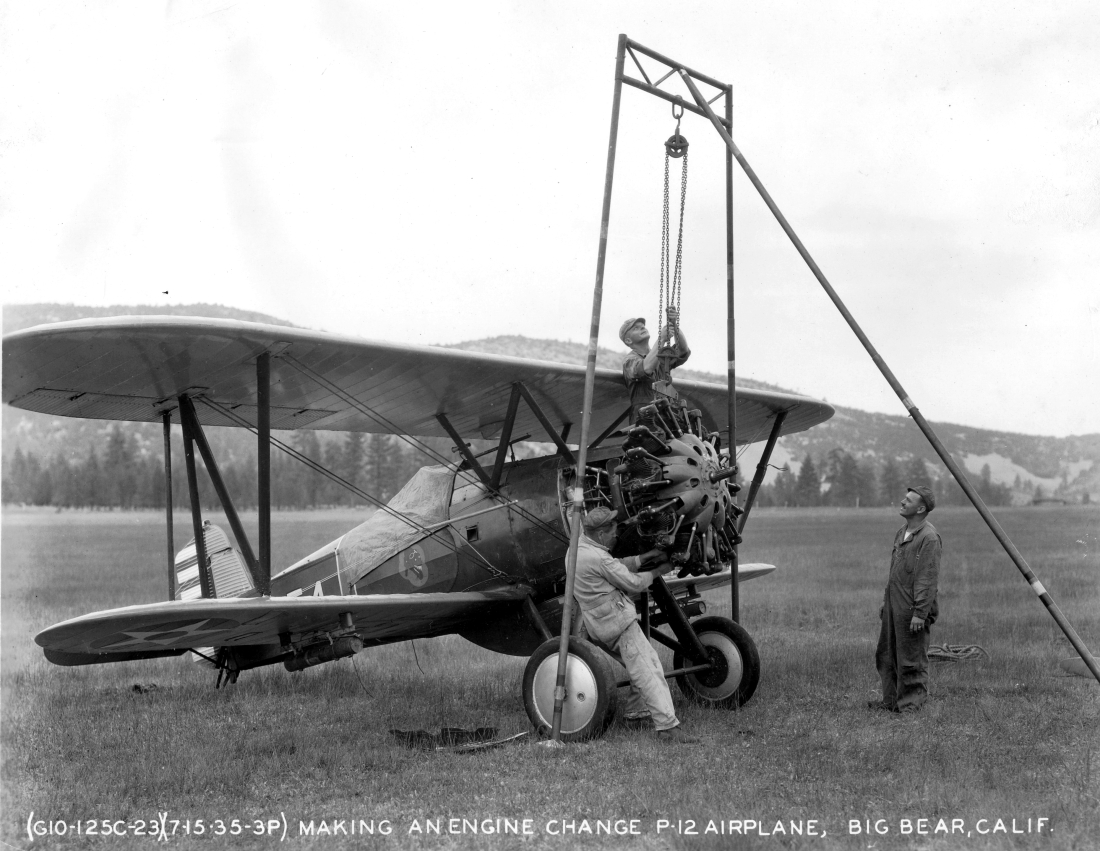 Though the insignia is that of the 36th Pursuit Squadron, I am inclined to believe the aircraft was a new arrival to the 73rd Attack. Either that, or a P-12 from Langley Field (home of the 36th), having flown across the continent, landed at Big Bear where, by the greatest of coincidences, a group of P-12 mechanics had a P&W Wasp engine, and nothing better to do. 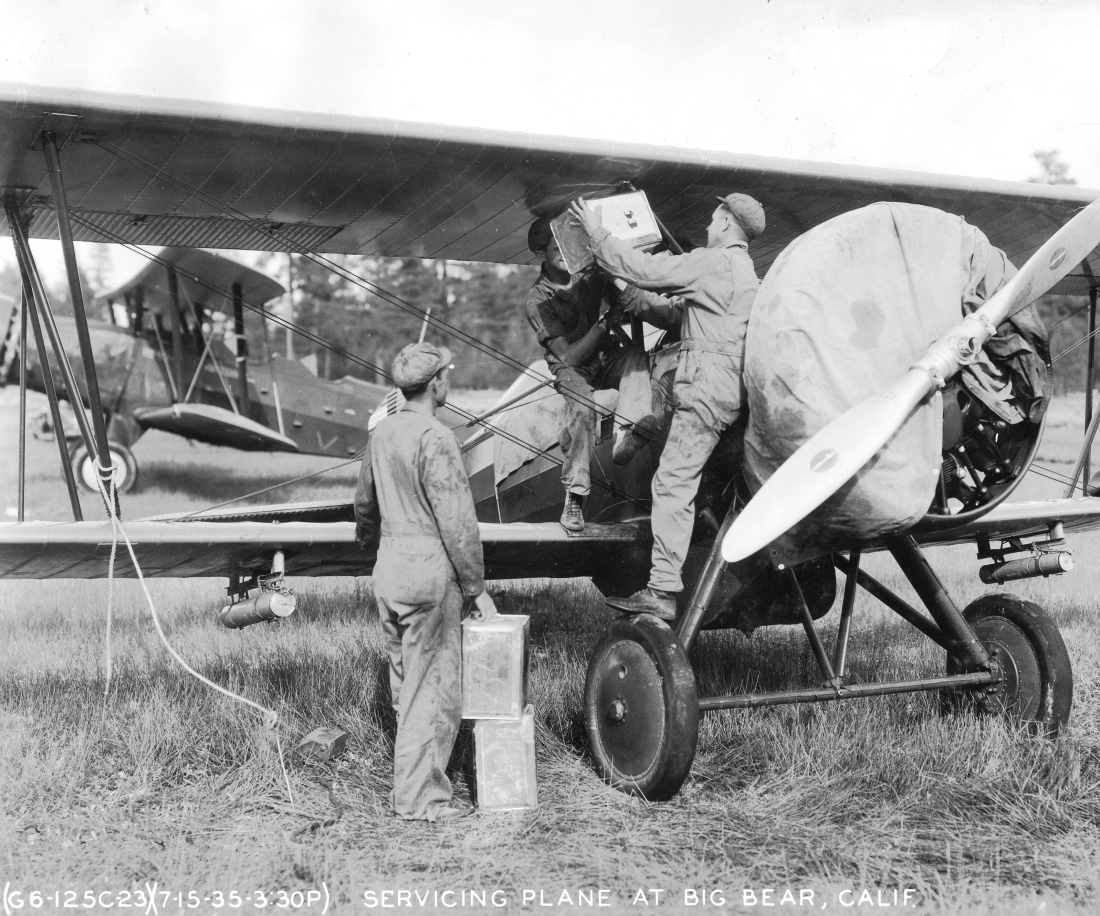 Oil by the gallon. 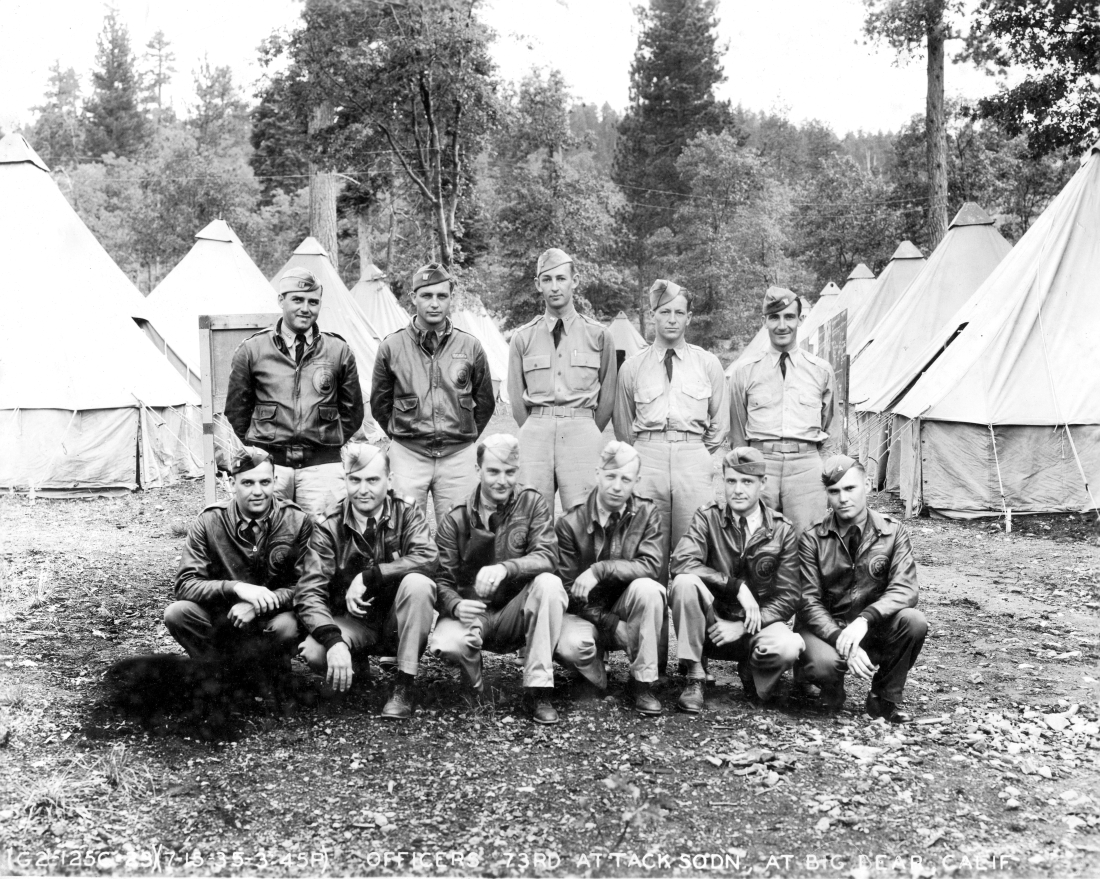 Pilots of the 73rd. Several famous faces here. (Ira Eaker being one) 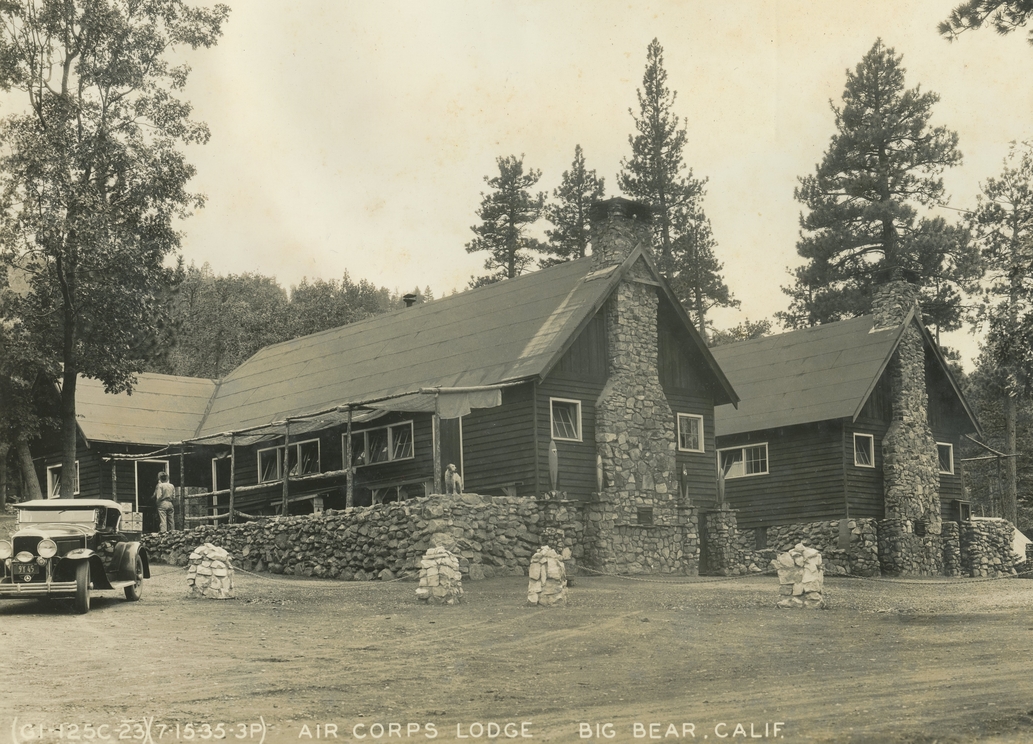 While staying at Big Bear, the squadron bunked in this lodge.  Around the chimneys are bombs painted in the squadron markings of the 17th Attack Group. 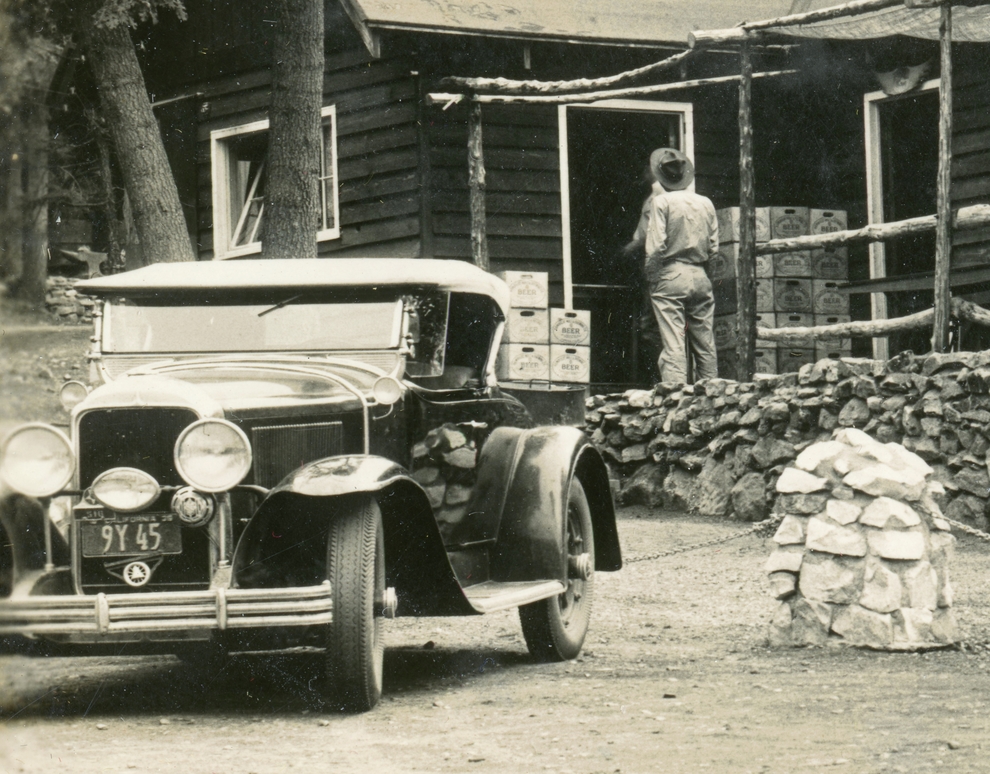 Zooming in a bit, we see the Air Corps has found room for numerous cases of beer.  Obviously this was a well-planned operation. The car bears a permit for March Field.